Why Annual Performance Reviews Do Not Work and What Works Better 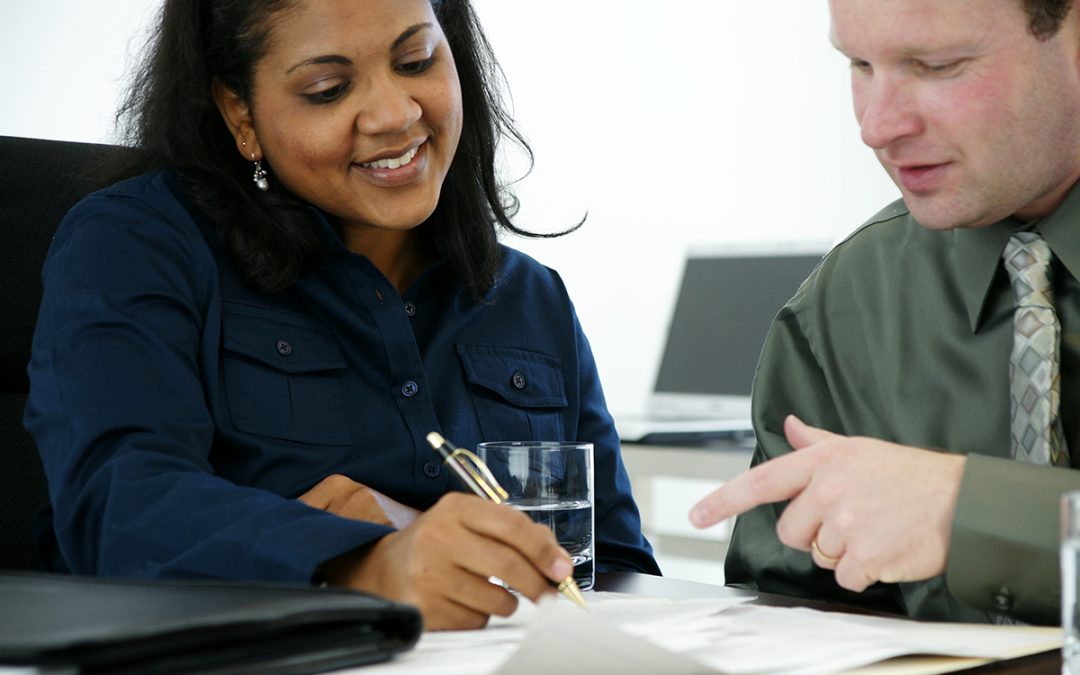 As business leaders eagerly invest in better and more advanced technologies, why do they insist on clinging to old, ineffective management systems, like the dreaded annual review?

In this article, with leading industry examples and specific guidelines, we show you why yearly reviews don’t work and what you need to do to replace them.

Ready for some positive change? Your employees certainly are.

It happens every year. We gather our employees to talk about their performance throughout the year.

They dread the meeting, but we dread it more.

Having to create an individualized performance appraisal and finding ways to improve performance is exhausting. And, half the time, our employees don’t take anything from it.

Plus, some of them don’t even pay attention until those annual performance reviews come around. Employees don’t pay attention to last year’s employee goals until the next review comes around. Things stay stagnant for the rest of the year.

Look to the Experts

Deloitte, General Electric, and Accenture are three great examples of companies that have thrived without their annual performance reviews. And, each company is working using a program of regular, consistent employee performance management all along.

In other words, they’re switching the once-annual performance review with more frequent conversations throughout the year. Each of these companies raves about their move away from annual reviews.

Deloitte is an audit, consulting, advisory, and tax service company. They have been moving away from the annual performance review model for nearly a decade.

Deloitte’s new approach focuses on the fact that job performance is continuous. You don’t want employees to follow their goals once a year. If you want your company to grow throughout the year, your employees should always be motivated, focused on key objectives, and ready to do their best.

That means you have to check in with them frequently throughout the year – don’t rely on annual schedules or cyclic milestones.

You should be checking in with your employees every other week at the very least.  The more you check in with one another, the better your outcomes will be.

It’s all about having regular conversations with your coworkers you’ll be in touch with any potential roadblocks and can help your team remove obstacles before they impact your plans. By checking in and communicating, you’re going to increase employee engagement with your company as well.

General Electric is another company that’s moved away from the annual performance model. They’ve trusted their model for years, and they’ve done better because of it.

Initially, General Electric saw its annual performance review as a way to identify hard-working employees. However, over time, they realized that it only hindered employee performance.

After all, these reviews worked to rank employees against one another. Leadership was judging employees and pitting them against their peers.

Even worse, General Electric would then fire their bottom 10 percent. These “underperformers” had no chance to change. They were simply let go because they didn’t give the company a high return on employee investment.

Instead of the forced ranking system, General Electric provides consistent feedback via an app. In some smaller groups, they’ve completely removed the ranking system.

After this change in performance management, General Electric found that their employees have done much better when it comes to meeting their goals and improving over time.

Lastly, we should talk about Accenture. As one of the world’s largest companies, Accenture is leading the way when it comes to performance management systems. If a company as large as Accenture can do its performance appraisals this way, any company can.

This company does its performance reviews on each employee as an individual. There isn’t any comparison across locations or jobs.

As Accenture made the shift, they found that their employees are more likely to be positive about the feedback that they’re receiving.

In other words, individual performance reviews are more likely to improve performance. Even better, they encourage better performance throughout the year.

Listen to Your Employees

If you truly listen to your employees, how many of them like the annual performance reviews?  Are they gaining anything from them or are they scared to tell you otherwise?

If you’re not sure how they feel, ask them. Make the survey anonymous to get a real view of what they feel.

More often than not, you’re going to find employees who don’t appreciate being pitted against their peers. Many feel the annual review fails to evaluate their contribution and work because it’s done at the end of the period and is more likely to reflect recent achievements than anything else.

Most employees are going to want more personalized feedback that doesn’t involve fighting with their coworkers and simply getting to the end of the year to be told they needed to improve something eight months ago is hardly motivational or effective.

If your employees feel this way, you need to make some changes, no matter how effective you may think it is. [

If your employees aren’t happy, your system isn’t working.

When it comes to annual performance reviews, there’s a ton of research to back up why you shouldn’t keep doing them. No matter how classic this performance management technique may be, it’s not going to help as much as you may think.

Let’s look at what the research on annual performance reviews has to say. Then, you can see if you want your business to incur the same losses that other businesses have had in the past with this annual setup.

Lack of Improvement in Performance

In 2019, the Workhuman Analytics & Research Institute found that 55 percent of workers didn’t believe that annual reviews improved their performance at all. So, why are most companies still doing these performance appraisals? Let’s face it, old habits die hard; resistance to change and other factors keep managers doing the unproductive and demotivational annual review far beyond its expiry date!

Likely, your employees aren’t experiencing an increase in performance either. And if they are, it may only be a temporary increase.

Remember, annual performance reviews may have some effect. But, in most cases, it’s only a transitory effect as employees get nervous with rankings coming soon.

Once those annual reviews are out of sight, they’re out of mind, too.

If you’re conducting these annual reviews in hopes that they’ll increase employee performance, you’re doing them for the wrong reason. Odds are, you’re not getting the return that you’re hoping for.

In 2021, only 28 percent of Chief Human Resource Officers  thought that annual performance reviews accurately captured each employee’s contribution to their company. Coming from one of the directors at Gartner, Blakeley Hartfelder, this statistic may be surprising.

Think about it. Annual performance reviews come once a year. And, they tend to focus on qualities and traits that specific job titles don’t need. Not to mention the fact that they compare traits for different jobs.

For companies that depend on these reviews for job continuation, this is detrimental. You’re scaring employees because of the possibility of being fired. Yet, these reviews aren’t giving you an accurate picture of those that should be fired.

Megan Krause, the senior director of content at Investis Digital, believes that the annual format of personal appraisals can be detrimental to communication techniques. She says that annual reviews are one-sided, making them more nerve-racking for the employee that’s getting the evaluation.

With this kind of pressure, you’re not going to get great, effective communication from the employee throughout the year.  Your employees are going to be too afraid to speak up. So, they’re not going to give you the performance enhancements that you’re expecting.

Rather, they’re going to do whatever it takes not to lose their jobs. Sometimes, they may even be miserable while they’re trying to keep their jobs.

This is no way to improve performance within your company.

To make your employees comfortable, meet with them throughout the year to review and discuss where they are, get their input and opinions on their jobs, and discover their progress toward achieving key goals. (You do have a formal annual planning and goal setting process along with continuous reporting of progress in place, right? Wrong? If you answered “wrong,” we need to talk, we’ll help you fix that and make it your secret weapon against competition and slow growth.)

The hatred towards annual performance reviews doesn’t come from a hatred for feedback. In fact, most workers want feedback. It’s the best way for them to tell how well (or not well) they’re doing.

An Ernst Young survey sound that 97 percent of workers from Generation Z want to receive ongoing feedback at work – the keyword here is “ongoing.”

They don’t want to meet with their managers once a year. They want to receive a consistent stream of feedback in return for completing their work.

In addition to this, a 2020 study from Reflektive found that employee interest in monthly performance reviews has risen by 89 percent since two years prior. This tells us that employees want reviews more often than once a year.

Move Away from Annual Performance Reviews

So, what are you waiting for? With all of this evidence, you have every reason not to drop the same old annual performance reviews you’ve been doing.

You need to switch it up.

Give your employees what they want and increase the frequency of communication between employees and their peers.

Want to explore further? Questions? Get in touch and let&#39;s set up a time to talk.