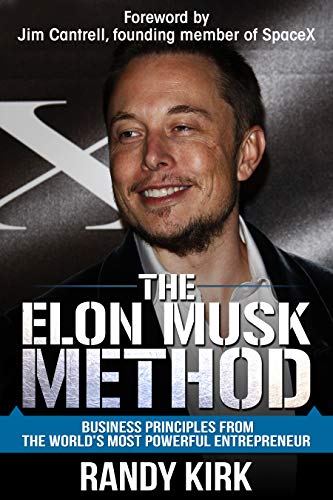 The Space X owner and billionaire currently has a net worth $189 billion. But, how did the story of Elon Musk begin? What is the secret to his success? And, what rules does he follow to increase profit margins and his bottom line?

Let’s look at Elon Musk’s rise to success and how he got where he is today.

Back in the mid 1990s the internet was in its infancy when Elon Musk created a Yelp-like service called Zip2 that three years later sold for $360 million. His share was $22 million, and he was only 28 years old.

He used a chunk of the money he made from the sale of Zip2 to found the company that later became PayPal. When he made $165 million from the sale of PayPal, he invested $100 million of it into his new venture, SpaceX.

Elon Musk didn’t become the success that he is by accident. Here we will outline some of the conscious decisions he has made to guarantee positive outcomes and some of the rules that guide him so that he soars in business.

Elon Musk says that you improve your odds of success by putting in 80 to 100 hours of work per week. He has a remarkable work ethic and it shows. He created three companies that are worth more than a billion dollars each. He’s also no stranger to long work weeks and has been known to sleep in the office while working.

This advice is easier to take if your obligations are few. As you get older and have a family, it’s harder to take risks because you have people who depend on you.

While you’re young, take the risks necessary to be successful. Failure is a precursor to success. If you fail, keep trying. Without taking risks, you will never move forward in life.

And remember, you get rewarded for taking risks and seeing what others miss. You act like a drone, you get paid like a drone.

3. Have Passion and Always Look for Ways to Improve

Enjoying what you do carries over to success. Having a passion for your project, invention or startup will give you the drive you need to make it work. Loving what you do makes it feel less like work and more like fun.

While your passion will keep you happy, to keep from getting bored, you should be constantly trying to improve. Always look for ways to do things better – a better plan, better execution – and figure out how to turn your dreams into reality.

4. Think Outside the Box

Solve a problem for which there is currently no solution. Introduce something new to the world, something we don’t have already. Elon Musk told a group of USC graduates in his commencement speech not to follow the trend.

Figure out if your idea makes sense and go from there. Develop something for which there is no competition.

5. Don’t Be Afraid to Fall on Your Face

Do you have a great idea but you are afraid to try it? Did you know that Walt Disney was actually fired from a job and told that he had no imagination or any good ideas? Did you know Steve Jobs was fired from Apple before making it the company it is today?

You likely that don’t know about their failures because of their successes that followed. You can learn from failure and create the next best thing.

6. Focus on Your Product

When developing a product, such as his electric car, the Tesla, Musk focused on making an electric car that was nice looking and not slow like others in the market.

He still concentrates on making the car the best it can be and spends no money on advertising. This has worked very well for him. If efforts do not improve the product or service, Musk does not continue.

7. Pull Together Great People for Your Company

Elon Musk surrounds himself with great people. When putting together a company, he gathers people who he knows will work hard, have good ideas, are at his level and for whom he has respect.

When joining a group or company, look for an amazing bunch of people who will push you to be your best.

8. If at First You Don’t Succeed, Never Quit, Success is Not Easy or Instant

Elon Musk has a never-give-up attitude.

His company, SpaceX, had its first three flight attempts fail between 2006 and 2008. The SpaceX employees were fearful that the launch vehicle was a failure and they would lose their jobs. Musk told them that he had already secured the finances to continue the mission. He also reiterated that he would never give up!

The fourth attempt resulted in a contract with NASA to fly American astronauts into orbit.

9. Be Visionary with Game Changing Solutions and a Big Personal ‘Why’

Who else would come up with the idea to colonize Mars using reusable rockets? Is that an ambitious endeavor or what? Or, boring tunnels to relieve traffic congestion or move passengers between cities faster than planes with hyperloop transportation? His list of innovations is staggering.

Musk has a big “Why” that motivates him. He thinks that it’s important that we as humans become a “multi-planet species.” He admitted to the author of his biography that he is hoping to colonize Mars by the year 2040 with a population of 80,000 people.

There are not enough hours in a day for Elon Musk to be directly involved in all of the ideas he has.

He has instead taken his profits and invested them in new ventures. Musk had the idea for a solar panel company, pitched it to his cousins and became a principal investor.

Musk doesn’t sit back and relax at any time. He continues to use his profits to invest in the next great thing.

What Will Your Success Story Be?

Now that you’ve learned more of what Elon Musk does and how he thinks about things, what will you take away and immediately apply? What risks will you take? What is your next move to make a name for yourself?

If you would like to boost the results you are getting from your business, get in touch.  Want to explore further? Questions? – Get in touch and let’s set up a time to talk.

For a deeper dive into the many things Elon Musk does and how he thinks and can put to work in your life and company, Randy Kirk’s The Elon Musk Method, available on Amazon, is a place to start.

Written from the perspective of a business advisor and coach who has been a lifetime entrepreneur, you’ll get the details and a lot of great business advice. Randy’s partner in their coaching and training company is one of our FocalPoint Coaches, Craig Korotko, located in Riverside California.