Does Your Mind Sabotage You, Thwart Your Career, Hold You Back, Stoke Your Anxiety, Keep You Awake at Night, and Exhaust Your Energy? Break Out of This Self-Imposed Prison with PQ. Here’s How That Works. 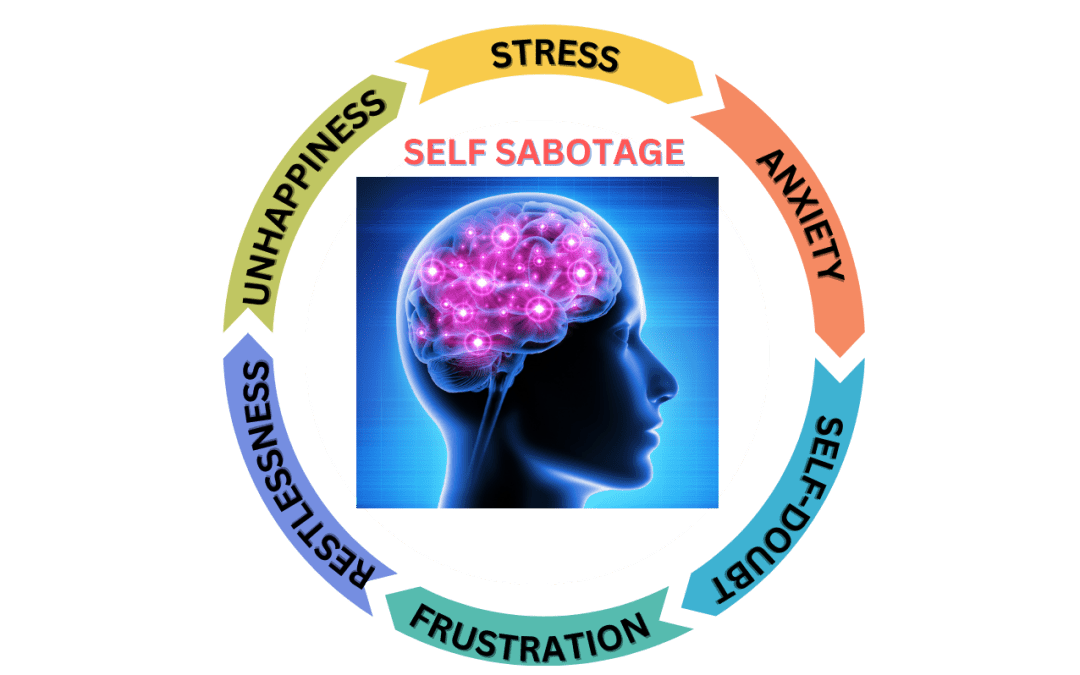 Your mind is your best friend but it can also be your worst enemy when it is engaging in self-sabotage.

For example, when your mind tells you to prepare for tomorrow’s important meeting, it is acting as your friend. But it becomes your mentally exhausting enemy when it wakes you up at 2 a.m. with anxiety about the meeting or the consequences of failing.

Daniel Goleman made a compelling and accurate case nearly two decades ago that Emotional Intelligence (EQ) was more critical to leadership effectiveness and performance than IQ. Attempts at increasing EQ have mostly resulted in only temporary improvements. The reason is that a foundational and core intelligence that is a precursor to high EQ has been overlooked.

A synthesis of psychology, neuroscience, and organizational science shows that teams and professionals, ranging from salespeople to managers, perform 30 to 35 percent better with a higher PQ. Moreover, the people report feeling less stressed and happier as a result.

Positive Intelligence tools have been taught to hundreds of CEOs and senior executives and you can learn how to increase your PQ also.

Here’s how it works. Participants are taken to the frontline of their unceasing psychological battle. The well-disguised Saboteurs are on one side of this battlefield, wrecking any attempt to increase happiness or performance. On the other side is the Sage, who has access to one’s wisdom, insights, and often untapped mental powers.

Brain regions drive Saboteurs and Sages differently. There are literally two minds and two brains in us, our Data Channel and the PQ Channel. In Chamine’s book, “Positive Intelligence,” he writes:

“If you are watching channel four…the program being broadcast on channel five is invisible to you, but it’s made visible once you tune into that channel. Similarly, the powerful energy and information contained in the PQ vortex can become more visible to you once you learn to tune into the channel through which energy, emotions, and tone are communicated. This is the PQ Channel.

“The PQ Channel is very different from the more visible “Data Channel” through which we communicate facts and details. We tend to be tuned into just the Data Channel, but any interaction between two people simultaneously transmits information on both the Data and PQ Channels.

“As we will see in later chapters, the information on the PQ Channel is often more important to leading, building relationships, motivating, inspiring, and selling. Great leaders, parents, educators, mentors, and salespeople know that.”

There are three strategies you can use to increase your PQ:

Saboteurs are your internal enemies. They are a set of automatic and habitual mind patterns. Each has its own voice, beliefs, and assumptions that do not serve your best interests. They come in 10 varieties with names like Judge, Controller, Victim, Stickler, Pleaser, and Avoider.

The inner voice of our Limbic brain is the part involved in our behavioral and emotional responses, especially when it comes to behaviors we need for survival: feeding, reproduction, caring for our young, and fight or flight responses. There is no question about whether you have them, but about how strong they are and which ones you have. Nearly 95 percent of executives attending Shirzad’s Stanford lectures believe that they have saboteurs who hinder their success or happiness.

Good news: your mental foes can be significantly reduced in power. By identifying and exposing your Saboteurs’ beliefs, patterns, thoughts, and emotions, you can weaken them. In effect, your internal enemy is captured in a mug shot for future identification.

Consider the difference between saying, “I believe I will fail” and saying, “My Judge says I will fail.” As soon as you label a Saboteur thought as such, its power and credibility are lost.

Saboteur and Sage perspectives are self-fulfilling prophecies. Any problem you are facing is either already a gift and opportunity or can be actively turned into one by your Sage. Rather than seeing things from your own perspective, where your Saboteurs make you feel anxious, frustrated, disappointed, stressed, or guilty when something goes wrong, view them from the perspective of your Sage.

“Positive Intelligence takes you to the frontlines of the unceasing battle raging in your mind. On one side of this battlefield are the invisible Saboteurs, who wreck any attempt at increasing either your happiness or your performance.

“On the other side is your Sage, who has access to your wisdom, insights, and often untapped mental powers. Your Saboteurs and your Sage are literally fueled by different regions of your physical brain and are strengthened when you activate those regions.

Your Sage is the one in you that handles challenges with a clear and calm mind and positive emotions. By adopting the Sage’s perspective, you get greater access to the five vastly untapped mental powers:

Using these, you can tackle any work or life challenge without getting worked up.

You facilitate this process by playing simple and fun “power games” in your mind to know when to use which power. You’ll look to generate the gift or opportunity by using the five Sage powers.

For example, if I am cut off by another motorist, rather than being consumed by the anger and disapproval of my “judge” saboteur, I can stop myself, shift my attention to noticing the sensation of my fingertips on my steering wheel, let go of my negative emotion and look at the situation through my “explore” power, being curious rather than condemnatory.

It is the PQ Brain that gives rise to the Sage perspective’s powers. It focuses on flourishing rather than surviving, as do the Saboteurs. When you command your mind to stop its busy mind chatter and direct its attention to one of your five physical sensations – namely, Empathize, Explore,  Innovate, Navigate, Activate – your PQ Brain “muscles” are activated and strengthened. As an example, you might feel your weight on the seat, or your feet on the ground, or the sensations of your breathing.

It takes just 10 Seconds. The muscles of your PQ Brain are strengthened each time you perform a shift in attention for about 10 seconds. The goal is to build strong PQ Brain muscles by doing 100 PQ repetitions per day. You can do this while sitting in a meeting, driving, walking the dog, or taking a shower. You don’t need to take any extra time out of your busy schedule. Your muscles will grow very quickly.

The aim of improving performance or personal fulfillment without a solid foundation of Positive Intelligence is like planting elaborate gardens without preventing voracious plant-eating snails from roaming freely.

Raising Positive Intelligence is a wise investment. It is often reported that the results can transform a team and an individual’s life.

The concepts of PQ may seem simplistic, however, they are supported by a large amount of research. PQ is the “How” and EQ is the “What and Why” of an individual.

Your emotional quotient (EQ) generally refers to your ability to sense emotion in yourself and in other people. It also refers to how you use that awareness to guide your behaviour. In general, if you have a high EQ, you may find it easier to: identify emotions in yourself and others. empathize with other people.

Your Positive Intelligence (PQ) is how to move and/or grow your (EQ).